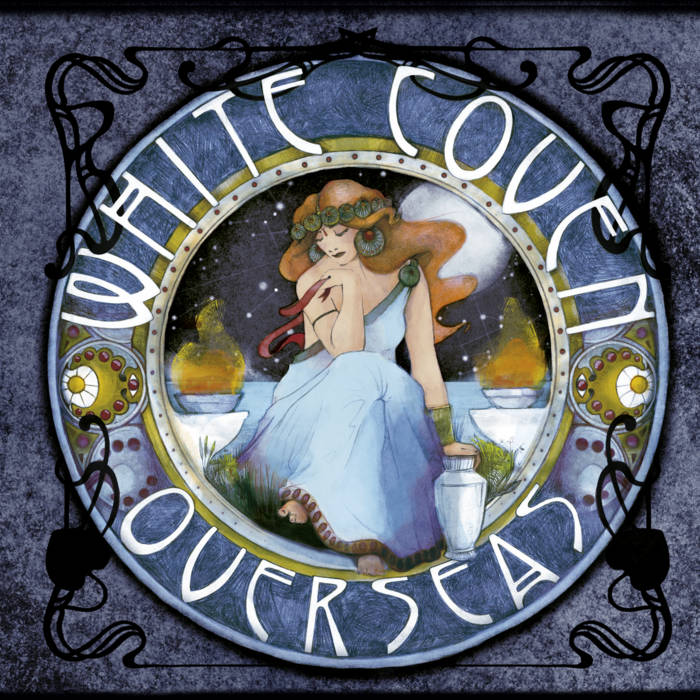 ‘Overseas’ was recorded between the Winter of 2015 and the summer of 2018. It’s been a long trip since the very beginning, but finally we can say we’ve got something pure and beautiful in our hands. This goal would have not been possible without the effort and the help of many people outside White Coven. We are really thankful to everybody who helped us, the people below made this album possible.

First and special mention to Hans-Georg, rest in peace, Carola and the Nasoni team, for their faith in our music. Thanks to ‘20 de Kopas’ for letting us use their studio to record the drums, bass and the guitars, Vitxa Cortés for his amazing Gibson Les Paul, David Lacasta for his Fender Telecaster, Daniel Garuz for the mics, Marc Pascual for the reamp boxes and the cymbals, Ricardo Bazán and Jorge Nieto for the drums equipment, Chema Salvador, Cesar Tenorio for his knowledge about record labels, José Gutiérrez for the car driving, and of course, thanks to all our families, without your support, feedback and encouragement this album could have not been possible. Last but not least, to all those anonymous people who attend our gigs, are fans of our music and support our efforts as we make what we love, thank you very much.

Bandcamp Daily  your guide to the world of Bandcamp

Featuring Oakland sounds from the Smart Bomb collective and Samplelov.